When I started Lifesong, my hope was to not only witness milestones, but capture them. I didn’t know how this would feel until the Bulow’s entered my life. It all started with a maternity session on South Shore. 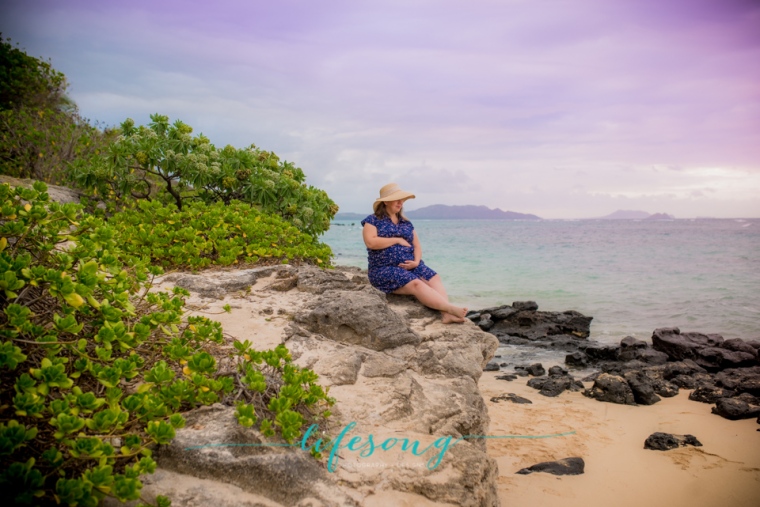 Then, since John Max’s birth, I was asked to be there for each milestone.

At six months, we spent some time at Hickam Beach, for a very nice sunset. He was able to sit with a little assistance but was happiest in mommy and daddy’s arms. His smile light up the evening sky. 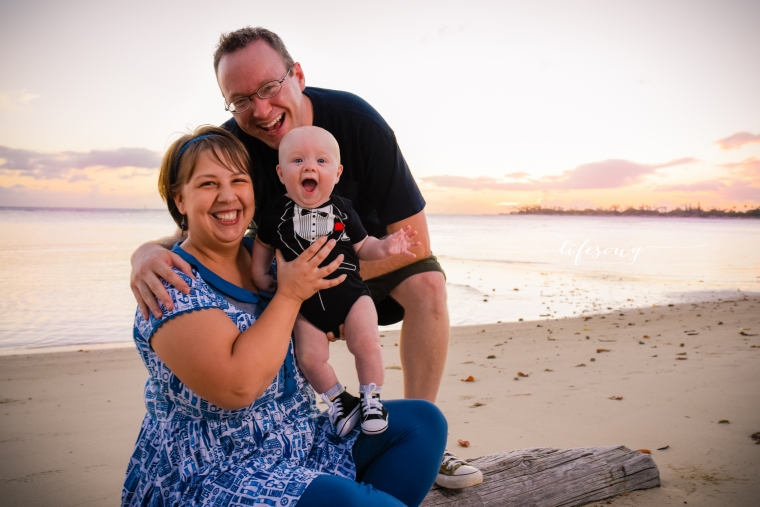 At nine months we took John Max to the Ford Island fields, where he adventured on his hands and knees. He stood briefly to show off his handsome eyes to the camera. The day was hot but he was a trooper!

Then, for his twelve month session, we let him roam free amongst the coffee trees on North Shore. Even though he was up before the dawn, his signature smile was in full effect. His fast feet and expressions made for a wonderful early-morning session!

After being there for all these milestones, I am sad to now be saying “Aloha” to this family. The support they showed my small business and the love in which they spoke about my art will never be forgotten. Mahalo Bulow’s. Best wishes and A Hui Hou!

This session was at one of my favorite locations on island. Tucked away and almost completely out of sight is a path which leads down to the water. Down to a place of excitement, relaxation and curiosity. A place which let’s a little girl’s mind wander while at the hand of her mother.

THIS is what made Eternity Beach the perfect location for Danielle and Charlotte’s mama & me beach session. 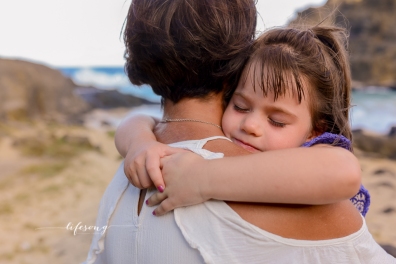 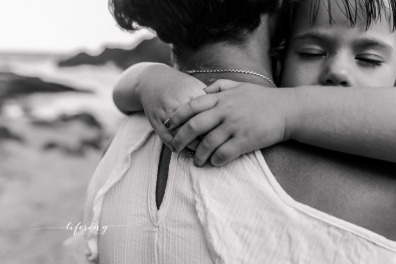 Capturing moments like a mother’s tender touch or the twinkle in a child’s eyes when she sees something new is what makes my job so incredible. Time with these two was just that–magical! 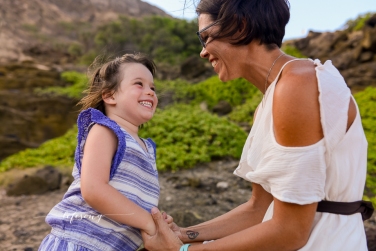 Recently I had the opportunity to photograph a stunning mama and she was in her element! I am working on a few new techniques with lighting and am thrilled to see it come to life! Catherine is a natural in front of the camera, which made this shoot so fun and relaxing. It is obvious that the vintage pin-up is her forte.

Thank you to the Rose family for letting us use your bike for such a unique shoot! 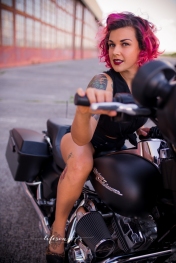 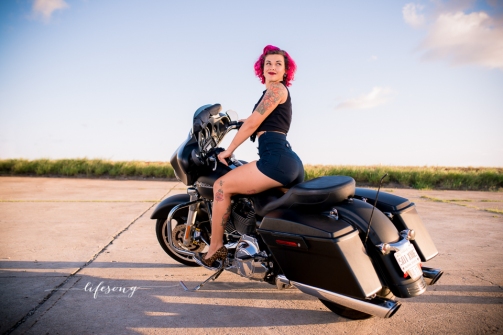 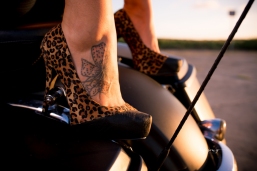 I enjoyed this shoot so much, be on the look out for a model call for an upcoming project!

The landscape of an image sets it’s tone and can bring energy to an image. Without the best landscape, the focus of the image can get lost and the message can become unclear. Fortunately, I am living in one of the most picturesque places on Earth-islands of the Pacific. I have miles of beauty to choose from and a wide array of backdrops to go with.

Stacy is a good friend and already a wonderful mama. I am so incredibly thankful she and her hubby asked me to capture this journey for them.

Please contact me at Chelsea@LifesongDesigns.com for details and pricing. 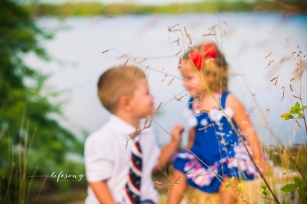 The children and youth I have been asked to capture have been, without a doubt, the most vibrant of subjects. There is no exception when it comes to Talyn and Haven. Looking at these incredibly innocent, beautiful faces through my lens brings a breath of fresh air. Thank you Amanda for giving me the chance to be a part of their young lives. They are incredible children.

Each month, there is an awareness effort for something which is effecting thousands. In the month of October, as I am sure you know, Breast Cancer was at the top of everyone’s minds. I believe that the stories of the survivors and their family members are vital to moving forward with the efforts to raise awareness. Learning from other’s experiences is how we avoid duplicating mistakes previously made and help each other in the struggle. This means that even though we left the month of October and Breast Cancer Awareness Month, we shouldn’t stop spreading the word or being vigilant on self exams.

Kyla is the daughter to a survivor of Breast Cancer and has had a close call, herself. Her story greatly parallels to this idea of learning from another. Her mother is also a Breast Cancer Survivor and Kyla was diagnosed at the young age of 16 after doing a self-exam. At the age of 20, she had a Bilateral Mastectomy and Reconstructive Surgery. By the time Kyla had the surgery, she had a total of 10 lumps which consumed most of her tissue. During the surgery, the doctor’s found 2 extra lumps they didn’t know were there and those looked precancerous. Since her surgery, she is now on her 3rd reconstruction and has dealt with over a dozen needle biopsies, ultrasounds and mammograms. They have taken all of the breast tissue from her and a total of 13 lumps have been removed throughout these surgeries.

Kyla is an avid runner and this year I was honored to run the Susan G Komen Race For The Cure by her side (although she quickly out – ran me). She runs for her mother and states, “I run for her strength, courage, fight and for all the other men and women who are survivors, still fighting, or those who we have horribly lost to this deadly disease. It was the most challenging time my family has ever been through. Watching a loved one in so much pain every day is something I’d never wish on anyone or anything.”

Wearing pink to be cute, or a bra to direct attention toward yourself is not the type of awareness many survivors and families appreciate. It is the prayers, fundraising and sharing of stories which will save people from experiencing the horror cancer brings. If you talk to any survivors or their family members, there are a few things they will all agree on:

Have you ever referenced the fantastic view a “fly on the wall” has? I know I have! I often wonder how things look if I just take a moment to step back and think about nothing but what you are seeing. Sometimes we don’t have the time to do this and that is where I so greatly appreciate it when someone makes it possible for me to ponder the situation later!

I am always thrilled when someone else surprises me by snapping some images while I work. After the session, when I get to step back and ponder it, the fact that someone was excited enough to want to share an image of the session brings a smile to my face. The captured workspace also shows me what I could have done differently in my set up. These are two things which make each session extremely valuable; appreciation of photography from someone other than me and the experience I gain.

A big shout out to Chloe for asking me to be a part of something so special. Eloise is so precious, I hope there are many more behind the scenes chances with this family!

I have thrown myself into many adventures throughout my life but never before have I seen such an exponentially growing appreciation for my decision to act. Over the past few weeks I have heard only the kindest of words and received an amazing outpouring of support from people all over, some who know me and some whom I have never met. This type of reaction to my business not only builds my self-esteem, but makes me incredibly grateful to have found such amazing clients and friends to start this venture along side.

I have officially been in business for one week and I am excited to be filling my calendar with the Lifesong of many. It looks like through the end of the year, I will be capturing children’s lives which are just beginning and in their infancy all the way through senior’s who are thrilled to be taking the next step to adulthood. Later this month I have the privilege to honor our military families and be present for a special military homecoming. I will also be capturing the Island “Aloha” for a few families who are arriving on island or leaving island. Finally, no year is complete without couple’s portrait sessions and an up-and-coming, business product shoot. From Michigan to Hawaii my lenses will get quite a workout and I could not be happier.

A special thank you to my good friends who have trusted me to snap images of their newborn and their families. To my mentors, I wouldn’t have had the self-confidence that I did. To my new clients for reaching out to me and props to Pro Camera Hawaii, who has helped my startup on island be so easy and comfortable.

I look forward to making many memories with this new business and capturing YOUR Lifesong as we take this journey together.

Contact me today at chelsea@lifesongdesigns.com to grab one of the last few slots available for the year!

I am very excited to begin this next chapter of my life. With my incredibly supportive husband next to my side, I have an unimaginable amount of excitement and nerves running through my body. I look forward to capturing LOVE and every aspect of life it affects.

Lifesong Photography & Designs is a photography and design company erected to capture and vividly hold onto the moments of your life which should never fade away from your memory.

My goal is to successfully capture the essence of the life moments I am hired for with a focus on my year’s objectives. My objectives are in place to help me perfect one to two new landmark moments of life per year of operation. These landmark moments may include: military homecomings, engagements, maternity, birth, newborn and family.

My hope is to be there during your life landmarks and capture the real energy of the moment, not just the materialistic after shot. For example, as much as I love to see a newly engaged couple show off the ring from behind the camera, I want to be there to first and foremost capture the actual engagement.

I want to focus on couples and their love for one another. My emphasis is on love of family, love of marriage and love for the older generations of our time.

Thanks for stopping by my site!

Just shy of 8 weeks old now, my sweet Breklyn Rae was born on July 5, 2020! She weighed in at 7 Ibs 9oz and was 19.5 inches long.⁠
'For those who understand, ⁠
You will never know the full story.⁠
You can't be the fire.⁠
Like a puzzle.⁠
May is the month of strawberries and boy do I enjoy them! Even more so when I can witness memories being made while picking them!⁠
Let the gravity ground you.⁠
Be your own escape.⁠
I long for the mornings where I can surprise this little heart with a sweet treat at her favorite coffee house.....AT her favorite coffee house.⁠ ⁠ 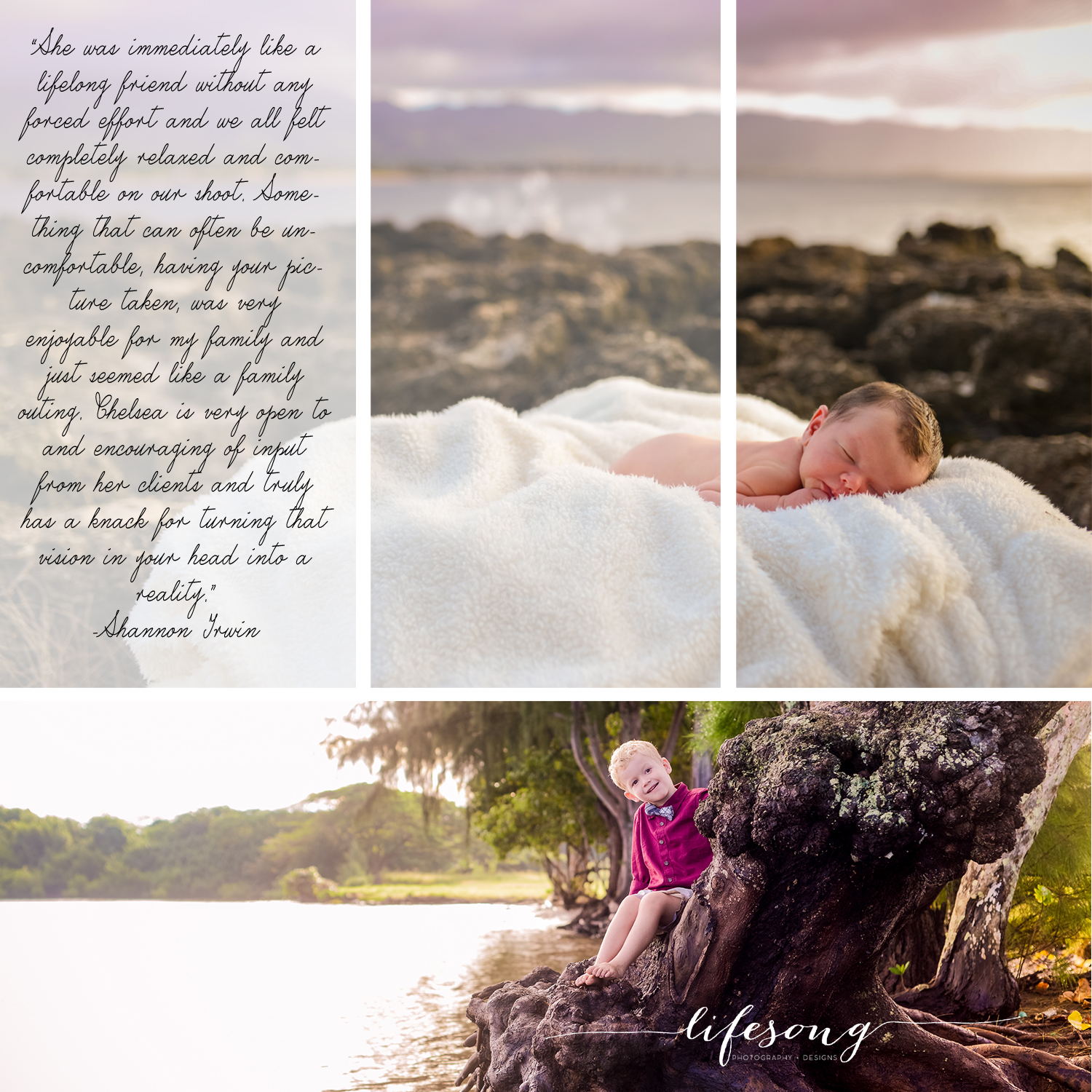